The Neural Magic of Hypnotic Suggestion

Some comments in this blog were first expressed in our book, Sleights of Mind.

A new review of the scientific literature studying hypnosis, in the journal Nature Reviews Neuroscience, by Oakley and Halligan, discusses the potential for hypnosis to provide insights into brain mechanisms involved in attention, motor control, pain perception, beliefs and volition and also to produce informative analogues of clinical conditions. This is a critical discussion as hypnosis is used as a psychological treatments and, recently, as an investigative tool in cognitive neuroscience.

An iconic vision of the menacing magician involves placing a hapless person from the audience into a hypnotic trance. Svengali. You are getting sleeeepy. A scam, right? Not so fast. According to to this new review, as well as our colleagues who study the brains of people who are prone to trancelike states, hypnosis is not necessarily hocus-pocus. The age-old practice profoundly alters neural circuits involved in perception and decision making, changing what people see, hear, feel, and believe to be true. Recent experiments led people who were hypnotized to “see” colors where there were none. Others lost the ability to make simple decisions. Some people looked at common English words and thought they were gibberish.

Some of the critical experiments were led by Amir Raz, a cognitive neuroscientist at McGill University in Montreal, who is an amateur magician. Raz wanted to do something really impressive that other neuroscientists could not ignore. So he hypnotized people and gave them the Stroop test. In this classic paradigm, you are shown words in block letters that are colored red, blue, green, or yellow. But here’s the rub. Sometimes the word “red” is colored green. Or the word “yellow” is shown in blue. You have to press a button stating the correct color. Reading is so deeply engrained in our brains that it will take you a little bit longer to override the automatic reading of a word like “red” and press a button that says “green.”*

Sixteen people, half of them highly hypnotizable and half of them resistant, came into Raz’s lab. (The purpose of the study, they were told, was to investigate the effects of suggestion on cognitive performance.) After each person underwent a hypnotic induction, Raz gave them these instructions:

Very soon you will be playing a computer game inside a brain scanner. Every time you hear my voice over the intercom, you will immediately realize that meaningless symbols are going to appear in the middle of the screen. They will feel like characters in a foreign language that you do not know, and you will not attempt to attribute any meaning to them. This gibberish will be printed in one of four ink colors: red, blue, green, or yellow. Although you will only attend to color, you will see all the scrambled signs crisply. Your job is to quickly and accurately depress the key that corresponds to the color shown. You can play this game effortlessly. As soon as the scanning noise stops, you will relax back to your regular reading self.

Raz then ended the hypnosis session, leaving each person with what is called a posthypnotic suggestion—an instruction to carry out an action while not hypnotized. Days later, they entered the brain scanner.

In highly hypnotizables, when the instruction came over the intercom, the Stroop effect was obliterated, Raz said. They saw English words as gibberish and named colors instantly. But those who were resistant to hypnosis could not override the conflict, he said. The Stroop effect prevailed, rendering them significantly slower in naming the colors. When the brain scans of the two groups were compared, a distinct pattern appeared. In the hypnotizables, Raz found, the visual area of the brain that usually decodes written words did not become active. And a region in the front of the brain that usually detects conflict was similarly dampened. Top-down processes overrode circuits devoted to reading and detecting conflict. Most of the time people see what they expect to see and believe what they already believe—unless hypnosis trips up their brain circuitry. Most of the time, bottom-up information matches top-down expectation, but hypnosis creates a mismatch. You imagine something different, so it is different.

The top-down nature of human cognition goes far to explain not only hypnosis but also the extraordinary powers of placebos (a sugar pill will make you feel better), nocebos (a witch doctor can make you ill), talk therapy, meditation, and magical stagecraft. We are not saying that hypnosis can cure your cancer, but these effects all demonstrate that suggestion can physically alter brain function.

The views expressed are those of the author(s) and are not necessarily those of Scientific American. 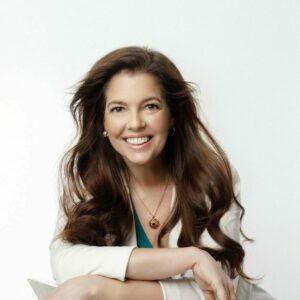 Tree Ryde, the Director of the Burlington Hypnosis Centre, is part of an international network of leading hypnotists. She makes use of systems that have helped tens of thousands of people with weight loss, stress management and to quit smoking in her Burlington clinic. In addition, she uses hypnosis to help people change many other habits.
Tagged AnniversaryBurlingtonBurlington HypnosisGoalsMotivation